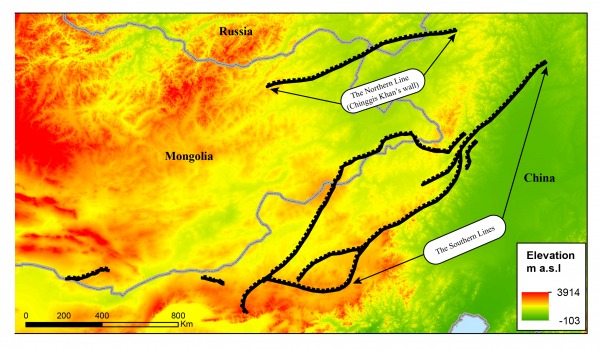 A Medieval Long-Wall of the Mongolian Steppe

Construction and deployment of long (or “great”) walls occurred periodically throughout Chinese history, from the last centuries BCE and up until the 17th century CE. Among the different episodes of long wall construction, walls built during the medieval period, between the 11th to the 13th century CE, are the most enigmatic. This wall (or walls) is made of two main sections, a northern and a southern one, that altogether stretches over at least 3,500 km, making it among the longest walls ever to be constructed in world history (fig. 1). However, in spite of its huge size, the historical records are silent about this monument. Moreover, little modern research has been done on this medieval wall-system and it is hardly mentioned in authoritative works on the Chinese “Great Wall” or on the medieval period in China and Mongolia.

In this project I am focusing on one section of the Medieval Long-Wall, located in the northeastern-most part of Mongolia (and continuing into Russia and China as well). This northern line, also known as the “Genghis Wall,” extends some 800km long in one of the most isolated places of the world (fig. 2). In addition to the wall itself, the system includes other structures like fortresses and camps located along its line (fig. 3). 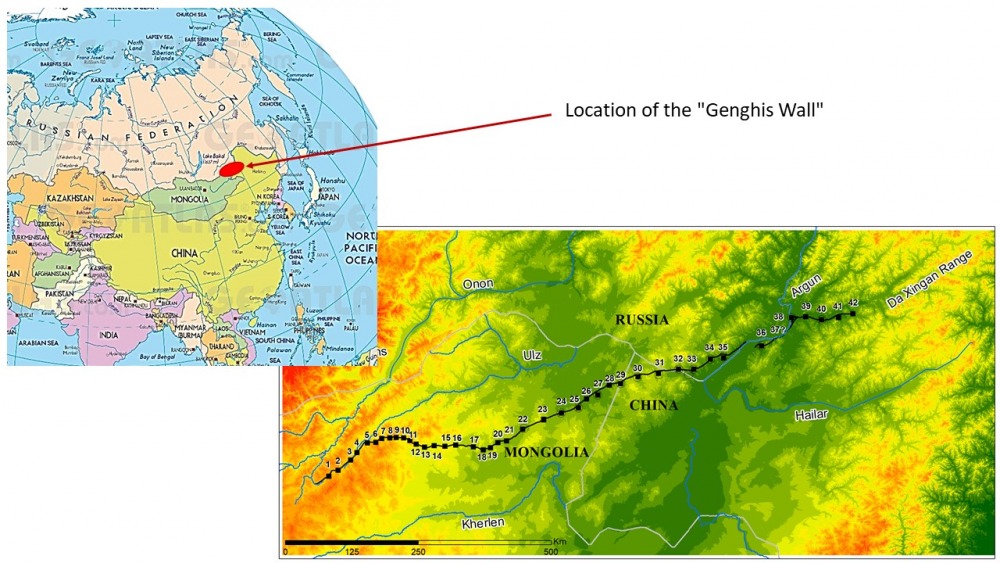 So far we have carried out two field seasons (July 2018 and July 2019) in Northeast Mongolia’s Dornod province. Our aim was to assess the layout of the wall and associated structures and to collect data on the time of its construction, the technique used for building this wall and to try and identify the purposes for which it was constructed. The two expeditions were headed by Prof. Gideon Shelach-Lavi of the Hebrew University of Jerusalem, in collaboration with Prof. William Honeychurch of Yale University and Dr. Amartuvshin Chunag of the Mongolian Academy of Sciences. Our research teams included students and researchers from the Hebrew University and from the Institute of History and Archaeology of the Mongolian Academy of Sciences. It was funded by the endowment of the Louis Frieberg Chair of East Asian Studies, by funds from the Mandel-Scholion Research Center and by the Ring Foundation. 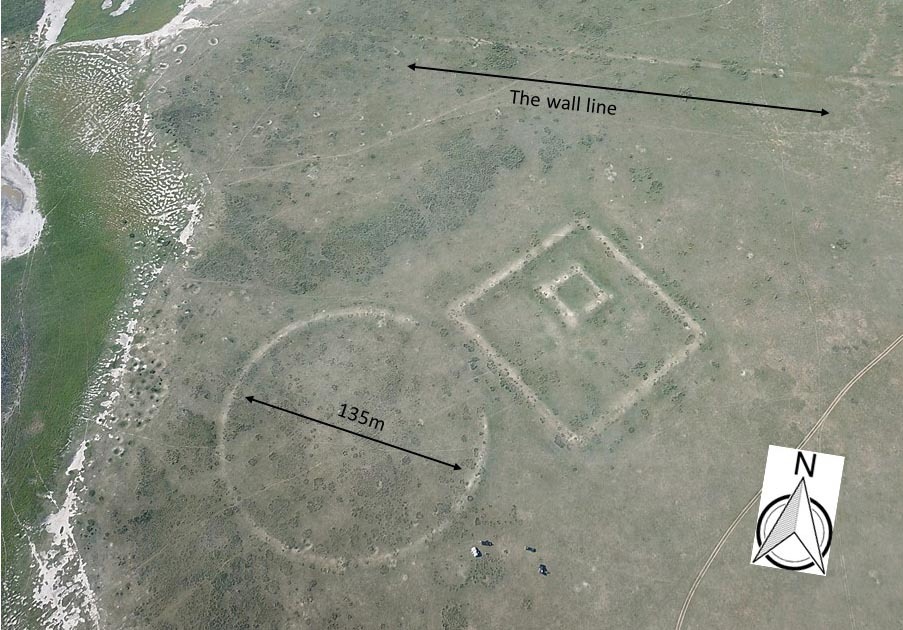 In July 2018 we built our camp near the wall remains and systematically surveyed its line, as well as some of the forts and camps that are associated with it. During the survey we collected ceramic shards and other artifacts that will help us date the wall. In addition, we brought with us a drone and used it to take aerial photos that revealed and documented the full complexity of the wall system. We also used metal detectors to try and find coins and other artifacts that will help us date the time of construction and use of the wall precisely. The results of this expedition and our analysis of the geography of the wall-line are reported in a paper published in the archaeological journal Antiquity (2020).

In July and early August 2019 we returned to a section of the wall and a cluster of sites next to it (cluster no. 24 – figs. 2 and 3). Our aim was to better date the wall and understand its different components. This time we conducted a series of test excavations. One of these excavations was a section that cut through the wall itself, and the others exposed four locations within the circular and rectangular structures south of it. These excavations exposed the makeup of the different structures, including the wall and a deep ditch that existed north of it. We took numerous samples for dating (using 14C and OSL methods) and for geological and chemical analysis.